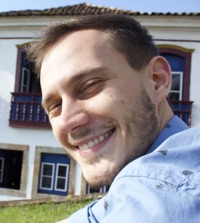 When automating some C# deployment on Windows, be aware that there is two MSBuild instances available.

After some random error, I found msbuild has two similar versions. The continuous integration server was pointing to:

This was firing a build that was impossible to reproduce in my computer, not even on the build server… until I realized the path was strange.

It end up that the msbuild that the Developer Command for VS2013 uses this msbuild: